Our Land Use Committee is committed to promoting sustainable growth. The guiding principles that drive our advocacy are summarized in the document at right. They include:

Click for a summary of our “Smart Land Use” principles

To read the full-length version of our “Smart Land Use” principles, click here.

Our Land Use Committee is one of our busiest advocacy committees. We continue to keep the public informed and advocate for our sustainability goals.

Sustainable Saratoga has followed the evolution of the Flat Rock Parcel for the last six years. Sustainable Saratoga gave a statement at the City Council public hearing on September 17, 2019 about the Flat Rock Centre garage. We have never been opposed to the concept of the City Center building parking to accommodate its needs, but we have continually advocated that the City use this opportunity to promote more sustainable alternative transportation solutions to bring conventioneers to the City, and that the design should comply with the City’s established planning and urban design guidelines. There have been some significant improvements made since the original plan was rejected by the City Council in 2018.  However, the design of the garage fails to meet the City’s own key urban design standards. Read an earlier letter to the City Council, which described our concerns in more detail.

In September 2019, we sent a letter to the Mayor and City Council advocating for greater public participation throughout the planning process for Phase II of this project, and we included some of our ideas for the types of uses we would like to see Phase II focus on for this important City-owned space.

Sustainable Saratoga was pleased to voice our support for Commissioner Martin’s temporary, part-time staff position to initiate a comprehensive parking plan for downtown Saratoga Springs. You can read our statement here. In 2015, Sustainable Saratoga held a two-night downtown parking and transportation forum. Click here to view these presentations, which are just as relevant today as they were in 2015.

Supporting the Saratoga Greenbelt Trail and Promoting a Waterworks Park

Sustainable Saratoga fully supports the development of the Downtown Connector section of the Saratoga Greenbelt Trail. We sent a letter to City Council expressing our support in July 2019, and encouraged them to consider creating a simple neighborhood park on City land encompassing the large open area between the City’s water treatment plant and Excelsior Avenue. You can read our the letter here.

Sustainable Saratoga has been closely following the UDO process that will help codify the policies of the 2015 Comprehensive Plan. We reviewed the draft Technical Review and Approaches document dated April 2019 prepared by Camiros and submitted our comments to the City Council and Planning Department staff. Our full statement can be viewed here. We requested clarification of the UDO process moving forward. While we applaud some of the sustainable land uses included in the report, we also express our concerns, including the missing provisions from the Comprehensive plan that were designed to protect both the City’s rural greenbelt (the low-intensity lands in the outer part of the city) and our natural resources, particularly our water resources. You can access all of the comments that were submitted to the City at this link.

Sustainable Saratoga has long advocated for more diverse housing opportunities within Saratoga Springs because we believe that increased diversity brings greater stability, economic resilience, and sustainability. Given this philosophy, we applaud the City for encouraging and supporting the new workforce rental housing developments in the city. There are now over 350 new rental units for lower income households “in the works” and there may be another 200 rental units on Tait Lane. While we are encouraged by these new workforce housing projects, we also want to push for a more diverse portfolio of housing opportunities in the city. Take a look at our Reader’s View in The Saratogian (or click here for a pdf version of our letter).

We have been advocating for more affordable housing for quite some time, including advocating for inclusionary zoning in the form of the Spa City Ordinance. You can read this letter to our supporters about the Spa Housing Ordinance that we released in October 2017.

Sustainable Saratoga has been tracking the Liberty application for reclassifying the parcel at the corner of Crescent Avenue and Jefferson Street since last summer. We agreed with many of the concerns and objections that the Planning Board expressed when they issued a unanimous unfavorable advisory opinion last September. Our organization vigorously supports the kinds of development in our city that conform with established sustainable development principles, embodied in our city’s comprehensive plan. We believe that every development proposal must conform to the plan. That is why we strongly believe that there are several compelling reasons for the City Council to firmly reject the Liberty application. Read our letter to the City Council, which details our concerns with this application.

The Saratoga Lake watershed contains some of the fastest growing areas in Saratoga County, and the increasing development activities within the watershed have raised concerns in the community about sustaining the lake’s resilience and integrity. Sustainable Saratoga believes it is time to renew and invigorate a coordinated approach to reducing threats to water quality within the Saratoga Lake watershed, by supporting the monitoring of lake health, and by taking into account the cumulative impacts of present and future development to the area. Read our full statement here.

Support for an open and transparent government that encourages public participation 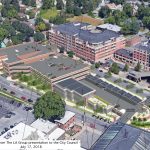 Sustainable Saratoga has been consistent proponent of smart land use and an open and transparent government where the citizens are engaged. When the City Council was poised to vote on a resolution that encouraged the City Center to spend $250,000 to develop detailed drawings of a new parking structure on the City-owned High Rock property without having public input on the conceptual plans, we spoke out and asked the City Council to postpone their vote and undertake a more complete planning process that encourages public participation. We think the public should be involved in deciding what to do with the largest undeveloped City-owned property in the downtown area. You can read our statement on this issue and our Letter to the Editor of The Daily Gazette. 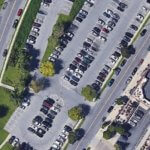 Sustainable Saratoga applauds the City Council’s efforts in 2018 to initiate a managed parking system for downtown Saratoga Springs. A well-integrated parking and transportation system is critical for the long-term sustainability of the downtown area. We sent a letter to the City Council, applauding their efforts to tackle the complicated and controversial parking issues in the City. Click the link to see our Reader’s View piece in the Saratogian. 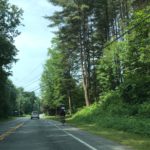 Sustainable Saratoga has been a vocal supporter of the implementation of the City’s Complete Streets Policy and has long advocated for initiatives that work towards improving the safety and accessibility of a cleaner, greener transportation system. We penned a joint Readers’ View with the Saratoga County Chamber of Commerce, and we wrote a subsequent letter to City Council, in support of installing bike lanes on Lake Ave. Read on…

We have been promoting the idea of a small passive neighborhood park on the front lawn of the Excelsior Avenue City Waterworks Plant to serve the residents and workers in that rapidly developing area. We sent a letter advocating the establishment of the park to the City Council, and recently had a letter to the editor published in the Saratogian. Read more about our efforts here.