Sustainable Saratoga sent the following statement to the City Council last week, in support of their efforts to reduce greenhouse gas emissions: 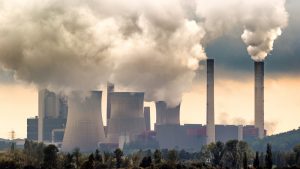 Sustainable Saratoga applauds the City Council’s unanimous vote last night to pass a resolution in support of the Paris Climate Agreement. Special thanks to Commissioner Madigan for bringing it to the table and to Mayor Kelly for joining the Climate Mayors coalition. We enthusiastically endorse this action to join hundreds of other US cities in the Climate Mayors network that are adopting and supporting the goals of the Paris Climate Agreement. We have partnered with the City in the past on efforts to reduce greenhouse gas emissions, such as the Spa Solar Park, and we recognize the City’s many other on-going efforts, such as the installation of EV charging stations and energy efficiency upgrades. This resolution reinforces the City’s commitment to combating the climate crisis and we look forward to learning more about the process for developing a Climate Action Plan. Sustainable Saratoga is ready and willing to continue working with the City, and the community at large, to reduce our greenhouse gas emissions. Thank you for your leadership on this important issue.

You can read the full text of the City’s resolution here.