The Saratoga Lake watershed contains some of the fastest growing areas in Saratoga County, and the increasing development activities within the watershed have raised concerns in the community about sustaining the lake’s resilience and integrity. Sustainable Saratoga believes it is time to renew and invigorate a coordinated approach to reducing threats to water quality within the Saratoga Lake watershed, by supporting the monitoring of lake health, and by taking into account the cumulative impacts of present and future development to the area. 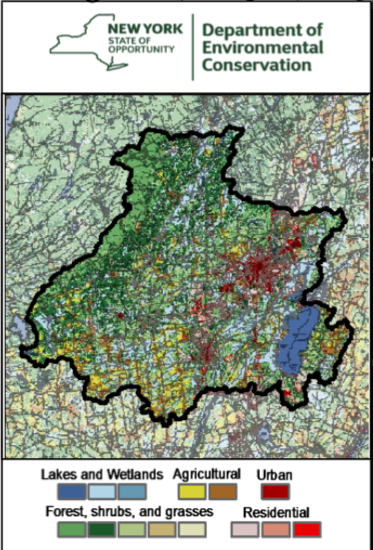 An inter-municipal, comprehensive approach to development within the Saratoga Lake area is called for. An intermunicipal agency charged with protecting the lake already exists: The Saratoga Lake Protection and Improvement District (SLPID), formed by the New York State Legislature in 1986. It is the lead government agency responsible for the protection and well-being of Saratoga Lake and the lands that surround it. The SLPID district includes the municipalities surrounding the Lake: the City of Saratoga Springs, and the Towns of Malta, Saratoga, and Stillwater, and representatives from those municipalities sit on its board. SLPID “ensures the preservation of real property values within the district, improve the water quality of Saratoga Lake, thereby enhancing the opportunities for public water-related recreational activities, conserve the fish and wildlife while enhancing the scenic beauty,” according to its Mission Statement.

Saratoga Lake is primarily fed by surface waters, which makes the health of the lake vulnerable to land use activities within the watershed. Excess nutrients and sediment enter lakes from a variety of sources — including agricultural and urban development activities — and increase the likelihood of algal blooms and dominance by invasive species. Development increases stormwater runoff, which is a major source of sediments, nutrients, pesticides, road salt, animal feces, and heavy metals to lake systems. These pollutants lead to water quality decline, loss of fish and wildlife habitat, and ultimately a reduction in the many benefits that a lake provides. These changes, in turn, can impair aesthetic enjoyment, lower property values, and reduce recreational appeal for boating and fishing.

Human activities within the Saratoga Lake watershed impact the overall health of Saratoga Lake and its tributaries. Development and agricultural activities result in increased sediment and nutrients to the lake. The availability of municipal wastewater treatment and concurrent reduction in septic inputs to the lake have reduced some of the nutrient inputs, but nutrient inputs remain a threat to lake health. Invasive species are a chronic problem and algal blooms are not uncommon in the summer months. Increasing salt levels in the lake water indicate that road salt may be an emerging threat to the lake’s health.

This Watershed Management plan established goals and recommendations and called for the “Watershed Approach,” which considers the lake and its entire drainage area as a total interconnected system, and regards watershed boundaries, rather than municipal boundaries, to be the best way to target pollution from point and non-point sources. The Watershed Approach also “offers a unique opportunity for citizens to get involved in the process” by having lake communities “link together to develop innovative ways to solve pollution problems…” [Land to Lake Perspectives, March 2002, p.4].

A watershed approach that includes all of the communities within it maximizes our available resources.  And, by integrating the input of local governments and officials, county agencies and programs, and citizens and stakeholders into a cooperative management effort, we maximize both decision-making and consensus. It is this consensus, the broad agreements to act unanimously and together, that is the greatest strength of the “watershed approach.” The SLPID report recommended a standardization of land use regulations between communities to ensure uniform protections for the lake. Since the report was issued, however, communities still have disparate standards and inconsistent protections in place for the long-term health and integrity of Saratoga Lake.

Moving forward, a multi-community, comprehensive watershed approach should be undertaken or enhanced and supported, before expanding development pressures threaten one of our area’s most important natural resources. It is crucial for the leaders and residents of all of the communities within the Saratoga Lake watershed to work cooperatively and practice good stewardship to keep our lake healthy into the future.

Sustainable Saratoga is a not-for-profit advocacy organization based in Saratoga Springs. Its mission is to promote sustainable practices and the protection of natural resources, through education, advocacy, and action, for the benefit of current and future generations in the Saratoga Springs area. Since 2008, Sustainable Saratoga has been a leader in promoting awareness of environmental issues and what we as a community can do to minimize our ecological impact.

Click here for a pdf version of this statement. 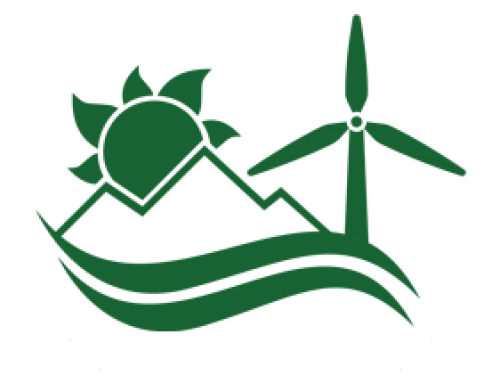