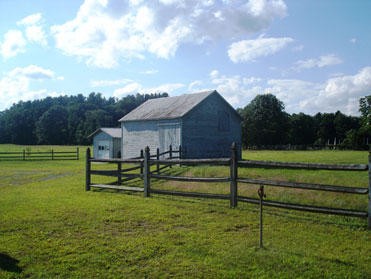 Supporters of the long-awaited preservation of a community farm in Saratoga Springs cheered Tuesday night after the city approved a conservation easement to protect the Pitney Farm for years to come.

After a plan to purchase 166-acre Pitney farm fell through last spring, a new team of interested buyers stepped forward. In October, the Pitney Meadows Community Farm non-profit signed a contract of sale with the Pitney Family.

All that was left, following years of studies and surveys and back-and-forth dialogue, was for the city to place a conservation easement on the farm, preserving the land’s agricultural use and preventing commercial development.

More than a dozen individuals and organizations within the Spa City praised the conservation plan before the city council.

“Pitney Farm has been an icon for agricultural use in Saratoga Springs and is one of the last continuously operating farms within the greenbelt in our ‘City in the Country.’ We are truly grateful for the generosity and vision of the Pitney family and the inspired work of the Arnolds and the rest of the work by the Pitney Meadows team,” said Moran.

A nature trail, community gardens, and educational opportunities are all in the Pitney Meadows team’s plan. The Pitney Meadows group hopes to establish a teaching and training program, similar to the Stone Barns Center for Food and Agriculture in Westchester County, and the Intervale Community Farm in Burlington, Vermont.

“Immediately after closing, efforts will be pursued by the Pitney Meadows Community Farm, in collaboration with the city and the Saratoga Greenbelt Trail Committee, to secure the railroad right of way that crosses the farm. It is our hope that negotiations with the railroad will result in clear title to that abandoned right of way,” said Arnold.

“We think that this could be an amazing educational resource for our students. We try to focus on experiential learning in our communities, and this becomes like a whole new classroom for many of our students,” said Kopans.

Some concerns were voiced about the decision to bar recreational fields on the property. Public Works Commissioner “Skip” Scirocco said available space for fields is “shrinking drastically” in the expanding city. While he supported the easement and was confident the Pitney Meadows group would operate in good faith in place of the original plan under Saratoga PLAN, he was critical of the approval process.

“We are making decisions that impact all future generations with a week for review. That’s not transparent or good government, it’s a rush job,” said Scirocco.

The city is contributing $1.13 million toward the easement. The money comes from the city’s $5 million Open Space Bond Fund, approved by voters in 2002.

Mayor Joanne Yepsen said she recognized Scirocco’s concern, but countered, saying negotiations on the farm preservation had been ongoing for two years. All hands were on deck when Yepsen called for a vote.

With the conversation easement in place and a closing pending, supporters are pivoting toward the future — hoping to begin its work educating young people, creating jobs, preserving open space, and the recognizing the city’s agricultural history.