What is the Clean Water, Clean Air, and Green Jobs Environmental Bond Act?

Photo courtesy of The Nature Conservancy

Here’s what you need to know about Proposition 1 on the ballot in New York for November 8, 2022

On April 9th, 2022, Governor Hochul and the New York State Legislature proposed a bond of $4.2 billion dollars with the purpose of 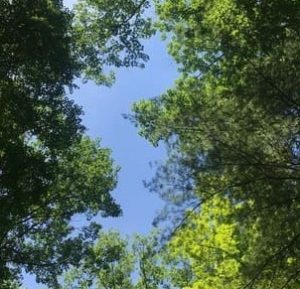 allowing for investment in reducing pollution, protecting wildlife, and preserving our environment. Originally set for the 2020 ballot, the Bond Act was pulled due to focus on Covid and relief funding for New Yokers and is now on the ballot for the 2022 midterm elections on November 8th. The goal of the Act is to give communities across New York State (specifically those most impacted by climate change) the resources to both rebuild from prior climate disasters and to build up infrastructure in anticipation of future climate events.

According to The Nature Conservancy, the Bond Act will modernize infrastructure, conserve farmland and public land, and restore wildlife habitats. It will also “support more than 65,000 good jobs and allow New York to leverage federal, local, and private funding to improve quality of life for people across the state.” Overarchingly, the Bond Act aims to increase the efficiency of government distribution of funds to the local areas which need them the most and combat environmental justice issues, which have had historically disproportionate impacts on low income communities of color.

How do Bond Acts work?

Bond Acts work well because they allow states to temporarily borrow money to fund time sensitive and important projects. Specifically in relation to New York State’s environmental goals, bonds will allow infrastructure to be developed in order to protect from emerging climate issues, and also allow for the restructuring of public projects and funds to serve the areas which need them the most. Bonds will be issued for investors to buy, who will in turn be repaid, usually in about 30 years. Bond money will also only be used for environmental projects; it cannot be transferred to other sectors or used for other areas of development within New York State.

When the Environmental Bond Act was first proposed by Governor Cuomo in 2019, it contained $3 billion worth of funding. Governor Hochul then amended the bill and added in just over a billion dollars in funds, to bring the total amount contained within the bill to $4.2 billion. 35% of the total funds allocated through the Environmental Bond Act will be spent in disadvantaged communities, addressing environmental justice issues and disproportionate impacts that certain New York State residents face. The New York State Climate Leadership and Community Protection Act (CLCPA), which was signed into law in 2019, requires at least 35% of any climate related spending in New York State to be directed to disadvantaged communities.

What will the Environmental Bond Act do? What have Bond Acts done historically?

According to the Rockefeller Institute for Government, the Environmental Bond Act will work through allowing New York State to temporarily take on debt for the purpose of building up our environmental infrastructure and protecting ourselves from a future fraught with climate change. This is not a novel concept: there have been many Environmental Bond Acts which have previously passed in New York State and allowed for the management of public lands and public resources, such as our state parks and fisheries.

Between 1960 and 1972, New York State passed five environmental bond acts with the goal of addressing current environmental issues, such as mitigating pollution and protecting and preserving public lands. It is an opportune time to pass a new Bond Act now because it has been approximately 20 years since one has been introduced, and the infrastructure of our state is aging. A new Bond Act will allow us to take care of our state parks and clean water infrastructure, along with providing  funding for climate and environmental goals.

It is always important to be educated on what’s on the ballot, specifically in regards to our environment and climate change. New York State has been greatly impacted by climate related events in the past few decades, such as sea level rise, flooding, heat waves, and hurricanes. The Environmental Bond Act would allow for the funding to help protect New York State communities from the escalating risks associated with climate change, and would symbolize an even greater commitment on the part of both the Governor’s office and the state of New York to facing environmental issues head on and being prepared for the future.

Investing before disasters helps to save money in the long run: FEMA states that every $1 invested before a disaster saves $6 in recovery costs. While the Bond Act might seem like a daunting investment, it will allow for New York State to develop and strengthen it’s infrastructure and environmental protections.

Whether you vote early or on November 8, remember to flip over your ballot and vote on the Clean Water, Clean Air, and Green Jobs Environmental Bond Act

Riverkeeper.org provides a good breakdown of the different environmental concerns which bonds can address and a breakdown of funding allocation towards each issue area, including land restoration, water quality improvement, open land space conservation, climate change mitigation, and environmental justice

Another resource from Ballotpedia.org on how bond funds would be distributed among issue areas, terms and definitions included within the legislation, summary, full text, and the political figures who support the act.

Rockefeller Institute provides a history of environmental bond acts over time, how they have worked to create and maintain state parks and lands, and show bond amounts and the issues areas they have sought to address