Below is the text of a letter we sent to the Saratoga Springs’ City Council on December 14, 2022 about our position on affordable housing. Download PDF

We at Sustainable Saratoga have recently learned that we have been publicly described as “against” affordable housing. We would like to set the record straight.

We have long advocated measures to create more diverse and affordable housing, because it would make our community more sustainable. In our years of operation, Sustainable Saratoga has fought hard for policies and programs that would result in more economically diverse housing opportunities within the city of Saratoga Springs. We support affordable housing because we believe that increased housing diversity brings greater economic stability and resilience. We have supported the city’s workforce rental housing developments in the city, and have also advocated for more home ownership opportunities for middle income citizens.

We have actively advocated inclusionary zoning as a good solution. In 2016 and 2017, Sustainable Saratoga led an effort to have the city legislate an inclusionary zoning program, which would have resulted in mixed-income housing for larger new residential projects. Although that effort was not acted on by the City Council at the time, Sustainable Saratoga expended considerable time and energy to promote that proposal, and we believe such a program could still be adopted, with some modifications. Our IZ ordinance would have mandated affordable housing in every geographic area of the city — including the city’s Greenbelt.

We advocated the inclusion of more affordable housing provisions throughout the UDO process. Early in the UDO review process, we presented amendments to the draft UDO that would promote affordability in various ways. We have produced numerous policy positions and proposals that would create more tools in the toolbox that communities need to create affordable housing options for their citizens. We have always urged the city to address affordability through a comprehensive review and enactment of available strategies, rather than through individual applications that do not comport with the city’s legislative and regulatory standards. We have publicly expressed our disappointment that the UDO did little to promote more diverse and affordable housing.

Our concerns about the lack of a comprehensive approach, and the critical importance of location, were highlighted by the Liberty proposal. Because the proposed use was far more intense than the current zoning designation would allow, the Council was asked to approve extraordinary changes to the Comprehensive Plan and the UDO. We submitted a letter to the Council sharing our concerns. While Sustainable Saratoga enthusiastically supports adding more affordable and economically diverse housing options, and we are encouraged that the Council is taking this issue seriously, we are very concerned about using this environmentally sensitive location for intensive development, and we share the opinion of the Planning Board that the process of amending the Comprehensive Plan and UDO for a single project is problematic for many reasons.

We have maintained that affordable housing and the “city in the country” model are compatible sustainability goals. Our “city in the country” identity means not only promoting a vibrant downtown, but also focusing on a conservation standard in our outer rural areas. The economic and environmental advantages of the city’s Greenbelt are substantial, yet we find that the need to actively protect this valuable asset of tremendous ecological and economic value is almost constant. Other communities recognize and envy the unique formula that has helped Saratoga Springs thrive. However, we have found that often some in our city do not seem to appreciate the need to protect and promote our rural features. In this era of climate change, in which natural land features will do much to protect the area against flooding, it is even more urgent that we do so.

Affordable housing is an important priority, and so is protecting our city’s Greenbelt. Sustainable Saratoga does not believe that we need to sacrifice one to protect or promote the other. From an economic standpoint, both our successful urban core and the surrounding green space make the city more attractive to visitors, businesses, and residents, thus providing a more stable local economy and enhancing the quality of life for all.

We hope that our city will explore some of the approaches to land use regulation that other communities are employing to achieve more diverse and affordable housing. Affordable housing is a complex issue that is not unique to Saratoga Springs. Many other communities across the country have created a variety of programs and regulatory tools to address the issues of housing diversity and affordability.  We think that some good solutions exist that might work in our community.

We appreciate the Council’s enthusiasm for this issue and would like to be part of the city’s efforts to address it. In the coming year, we hope to increase our efforts to address affordability, and we would value the opportunity to work cooperatively with the city in doing so.

Read more about our Land Use and Urban Planning work 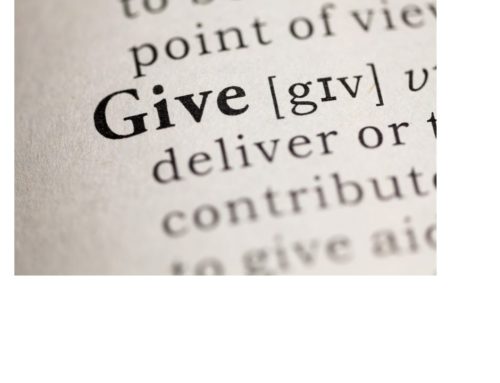