In honor of Black History Month, we are recognizing influential Black environmental leaders focused on addressing equity and environmental justice issues in the United States. The environmental movement has historically ignored and excluded people of color even though communities of color and low-income communities are disproportionately affected by climate change, air pollution, water pollution and many other environmental problems. We at Sustainable Saratoga believe that all people have a right to a safe, clean, healthy environment. And we recognize that there is hard work to be done to make this a reality for all people.

We hope you will learn more about the leaders we are highlighting and also share your heroes from the climate justice movement with us on social media.

Raya Salter is a member of New York State’s Climate Action Council, the body that is responsible for creating the roadmap for the implementation of the 2019 Climate Leadership & community Protection Act (CLCPA). 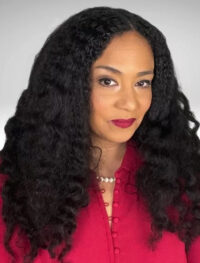 She recently joined WE ACT for Environmental Justice as a Senior Advisor for its Justice40 Initiative. In early 2021, the White House announced an executive order that “creates a government-wide Justice40 Initiative with the goal of delivering 40 percent of the overall benefits of relevant federal investments to disadvantaged communities and tracks performance toward that goal through the establishment of an Environmental Justice Scorecard.” 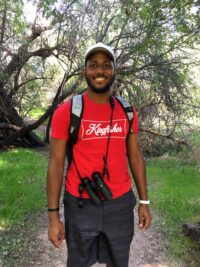 Tykee James is the government affairs coordinator for the National Audubon Society. A birder since his teens, Tykee was part of the group that organized Black Birders Week after a racist incident in New York’s Central Park a few years ago. Tykee now leads congressmembers and staff on bird walks – that must be an interesting job!

Tykee is an environmental educator and has worked as a policy advisor on the interconnectedness of environment and public health issues. He is Co-founder and Board Chair of Amplify the Future, a not-for-profit working to amplify opportunities in conservation and make conservation fields in higher education more equitable and inclusive.

Jerome Foster II is a youth climate justice activist and a White House Climate Advisor to President Biden (the youngest ever!). 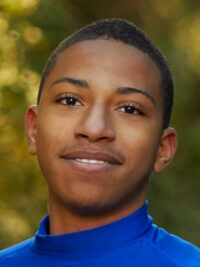 On Fridays in 2019-2020, Jerome could be found standing in front of the White House holding a sign protesting the lack of US action on climate change. “Sometimes, just holding it makes me feel better,” he said. “It’s an opportunity to shift that anxiety into a symbol of resistance, however small.” Click here for an interview with Jerome.

Jerome was an intern for Congressman John Lewis, working on voting issues and motivating the youth vote. He is the Executive Director and Founder of OneMillionOfUs, an organization working to educate and empower a movement of young voters, as well as the Founder and Editor-in-chief of the international online publication, The Climate Reporter.

Peggy Shepard is the co-founder and executive director of WE ACT for Environmental Justice. WE ACT’s mission is to build healthy communities by ensuring that people of color and low-income residents participate meaningfully in the creation of fair environmental health and protection policies and practices.

In 2021, Michael Regan became the first Black man and second person of color to be named as Administrator of the Environmental Protection Agency (EPA). 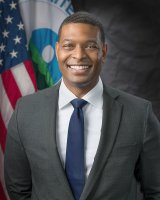 Michael gained his reputation as a fierce environmental protector as a regulator in the North Carolina Department of Environmental Quality, where he pursued environmental cleanups and helped vulnerable communities disproportionately affected by pollution. Michael led negotiations for the PFAS cleanup of the Cape Fear River in North Carolina and negotiated the largest coal ash cleanup agreement (with Duke Energy) in US history. He also established North Carolina’s Environmental Justice and Equity Advisory board. 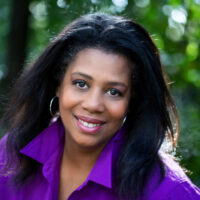 Rue Mapp is the Founder and CEO of Outdoor Afro, a national not-for-profit organization on a mission to address the ongoing need for greater diversity in the outdoors by inspiring “Black connections and leadership in nature.” Rue is an author, inspirational speaker, and public lands champion who has been featured in many publications, including the Wall Street Journal, NPR, Backpacker Magazine, and Outside Magazine. She currently serves on the Wilderness Society’s governing council.

Want to learn more? Check out our highlighted leaders from last year: https://sustainablesaratoga.org/celebrating-influential-black-environmentalists/

Sustainable Saratoga promotes sustainable practices and the protection of natural resources through education, advocacy and action. We are a leader in promoting awareness of environmental issues and what we as a local community can do to minimize our ecological impact while maintaining a high quality of life.