We start off with Dr. Robert Bullard, considered the Father of Environmental Justice. Dr. Bullard is a trailblazer in the field of environmental justice and was the first Black recipient of the John Muir Award (in 2013). He has authored many books on a broad range of environmental justice issues including sustainable development, environmental racism, and urban land use, as well as industrial facility siting, community reinvestment, housing, and transportation. You can learn more about his work here and his interview with Greenpeace here.

Here in the Capital District, we are lucky to have Leah Penniman, co-director and farm manager at Soul Fire Farm, located in Rensselaer County, NY. The mission of Soul Fire Farm is to end racism in the food system and reclaim ancestral connections to the land. Leah’s book “Farming While Black” has been described as “a love song for Earth and her people.” You can learn more about the important food sovereignty programs taking place at Soul Fire Farm at https://www.soulfirefarm.org/. 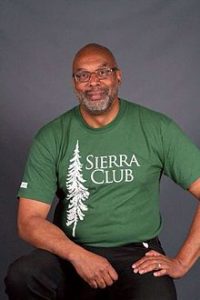 In 2019, Sustainable Saratoga and Skidmore College held a sustainability fair, with a memorable keynote address by Aaron Mair – environmentalist, activist, scientist, and first Black president of the Sierra Club – “Democracy, Intersectionality and Building a Strong Climate Movement.” Aaron’s speech reminded us of our history, and wove his personal story into a thought-provoking, inspiring call to action for each of us to come together and make our voices heard. Click here to listen to the keynote. As an advocate for environmental justice in the Arbor Hill, Albany, NY community, he is responsible for the creation of the W. Haywood Burns Environmental Education Center and the Arbor Hill Environmental Justice Corporation. You can read some of Aaron’s written work here.

Lisa Jackson is the first Black person (and one of very few women) to serve as the EPA Administrator. She was appointed by then-President Barack Obama, where she oversaw the response to the Deepwater Horizon oil spill, authorized the recognition of CO2 as a public health threat, and oversaw the development of stricter fuel efficiency standards. You can hear her speak about her calling to be a civil servant on The Moth by clicking here. She is currently VP of Environment, Policy and Social Initiatives at Apple.

Kari Fulton is an award-winning organizer, writer, and historian in the environmental and climate justice movement. She empowers youth to address environmental justice issues. She has helped with national efforts like Power Shift, the largest youth climate summit in the US, and the People’s Climate March. She is currently the Frontline Policy Coordinator for the Climate Justice Alliance, working to support and advance the engagement of frontline voices around the Green New Deal.

This is just a handful of the many other Black leaders in the environmental movement that we could have included in this post. Below are some links to a variety of sources of additional information on leaders and the environmental justice movement.

Black trailblazers in the environmental movement:

Black Conservationists and Scientists Who Led the Way (The Nature Conservancy)

The Environmental Movement is Very White. These Leaders Want to Change That (National Geographic)

The Green Movement is Talking About Racism? It’s About Time (Outside)