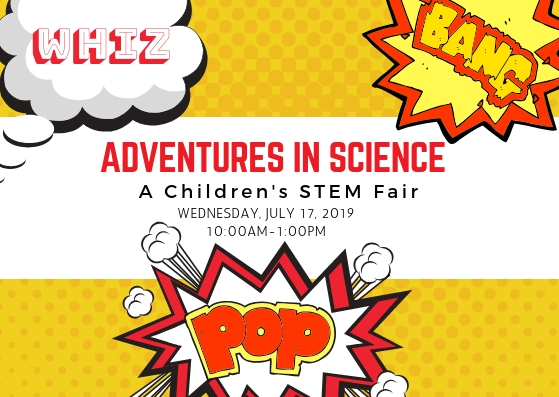 Sustainable Saratoga, the Children’s Museum at Saratoga and the Saratoga Springs Public Library are organizing a fair to make sustainable science education fun and appealing to families by providing hands-on learning activities that promote awareness and creativity. The Whiz, Bang, Pop – Adventures in Science Fair will be held on Wednesday, July 17 from 10 am to 1 pm. 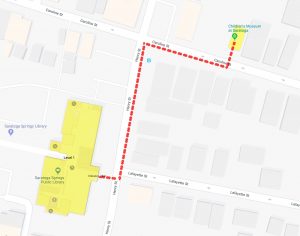 We have a variety of science activities, all designed to be interactive and fun. To accommodate all of the activities, the Children’s Fair will take place in two locations, the H. Dutcher Community Room at the Saratoga Springs Public Library and the parking lot of The Children’s Museum at Saratoga. It is a very short walk between the two locations.

This event is FREE and open to everyone. See below for a list of activities or click here for a pdf version.

At the Public Library:

Animal Detectives – Use animal skulls to figure out if animals are herbivores or carnivores. Create your own animal tracking guide (Wilton Wildlife Preserve & Park)

Bunnies! – Cuddle with some cute critters while learning about their biology! (4-H Rabbit Club)

Earth Science in a Wind Tunnel – Know which way the wind blows!  Test the strength and direction of the wind by placing objects in its path (Skidmore Art Department and Sustainable Saratoga)

At the Children’s Museum:

Rocket Science – Want to be a rocket scientist? Make a rocket and launch it (Cornell Cooperative Extension)

Save the Bees! – Create a bee oasis including native plants (Waldorf School)

Engineer a Rescue! – Using simple or complex machines, can you hoist a LEGO person to safety? (Children’s Museum at Saratoga)

Hydrology: Water on the Landscape – Move sand and watch how it changes the flow of water (Saratoga County Soil & Water Conservation District)

Water Wall – Send water trickling or rushing through a system of tubes and pipes.  Why does it always go down? (Sustainable Saratoga)

This fair is made possible, in part, by a Lend-A-Hand Grant from the Adirondack Trust Company Community Fund.

Where is the event taking place?

The event is being held in two locations: the H. Dutcher Community Room at the Saratoga Springs Public Library and the parking lot of the Children’s Museum of Saratoga. These locations are very close to each other and it is quick and easy to walk between them.

Is the event held rain or shine?

Yes, the Children’s Fair will take place regardless of the weather. The outside activities are located under a tent, so rain will not deter the fun!