We’re excited to announce that the Spa Solar Park, a 2.5 megawatt solar array built on the City’s former Weibel Avenue landfill, was officially “energized” on August 22nd. The array’s 7,992 solar panels are expected to produce 3.2 million kilowatt hours of electricity annually, which will meet approximately 40% of the municipality’s energy usage. That’s the equivalent of the average energy usage of 2,800 homes, and it will offset 2,300 metric tons of carbon dioxide emissions every year! You can learn more about the project on our Climate & Energy page.

PLEASE NOTE: The ribbon cutting ceremony originally planned for September 11th has been RESCHEDULED. The community celebration is now taking place at the Weibel Avenue Landfill on Tuesday, September 26th at 11:00 a.m. The event will be hosted by the City of Saratoga Springs, Onyx Renewable Partners (the City’s partner and contractor for the project), the New York State Energy Research and Development Authority (NYSERDA), and Sustainable Saratoga. All are welcome, and we sincerely hope you’ll join us to commemorate this historic achievement! 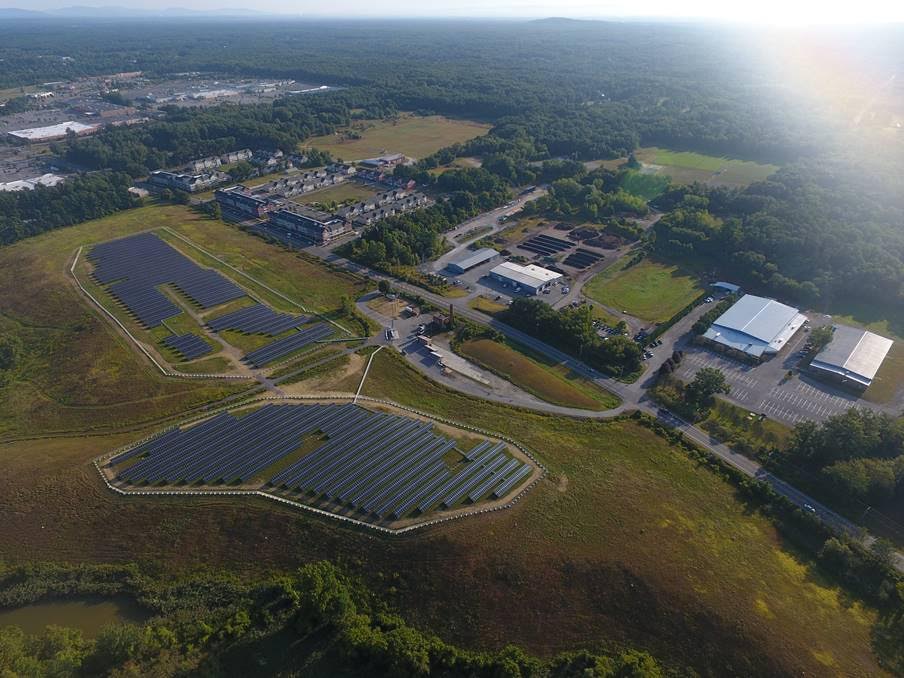