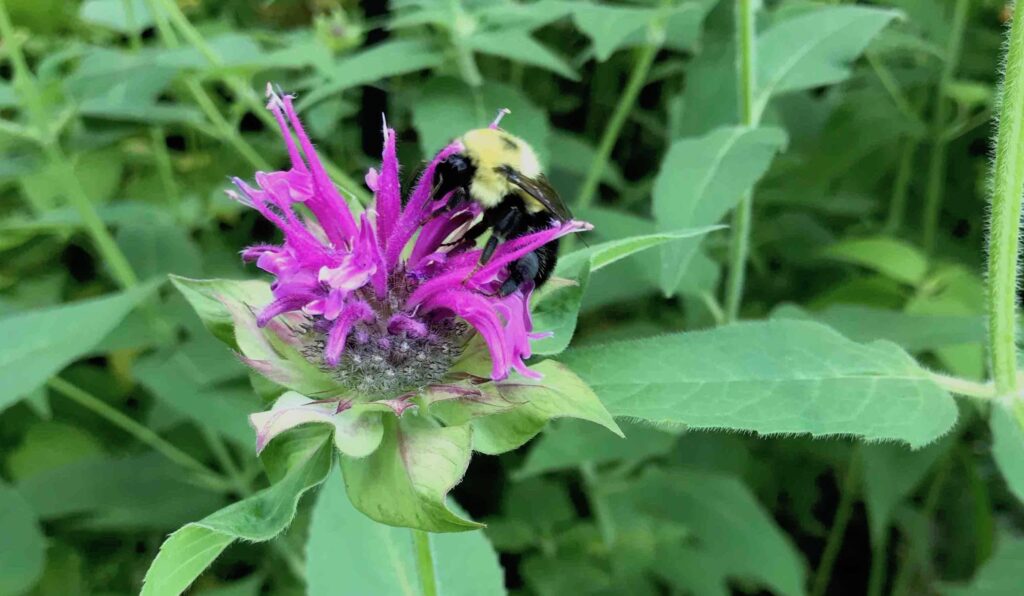 In recognition of Pollinator Week, Sustainable Saratoga is unveiling our new Pollinator Protection Initiative. This blog post is the first of a series that go in depth on a few pollinator issues.

There are over 255 species of bumblebees worldwide, 49 in the United States and 9 species in our region. Bumblebees are true social insects, meaning that they live in groups and have specialized castes, or roles. They most often live in small, underground colonies with a queen, several hundred sterile female workers and a few males for reproduction (drones). In the winter, the colony dies off, except for the queen. She hibernates underground or slightly above the surface of the ground in plant litter. When she wakes up in March or early April she looks for a good nesting site, usually an abandoned rodent burrow, and feeds on nectar from early-blooming trees. She collects pollen in her nest, then lays eggs on it to start the new colony. For the first brood of the year, the queen tends the larvae, then the female workers take over once they have emerged from their pupae. Both the adults and larvae eat nectar and pollen.

Bumblebees have round, furry bodies and make a characteristic loud buzzing sound when they fly.  They have a special kind of behavior, known as “buzz pollination” in which they vibrate their wings to shake pollen loose from the anthers of their host plants.  This makes them more efficient as pollinators than honey bees.  They are not aggressive like yellow jackets and some other wasps, and very rarely sting people unless their colony is disturbed. 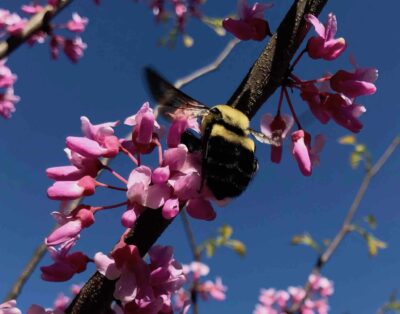 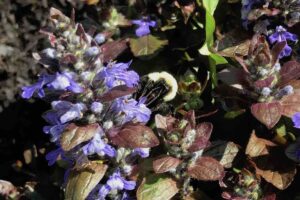 The bumblebee species most common in our area include:

Click here for more information on these and other New York bumblebees.