would love to have you join us for a friend-raiser, fund-raiser and GALLERY OPENING of our collaborative show, 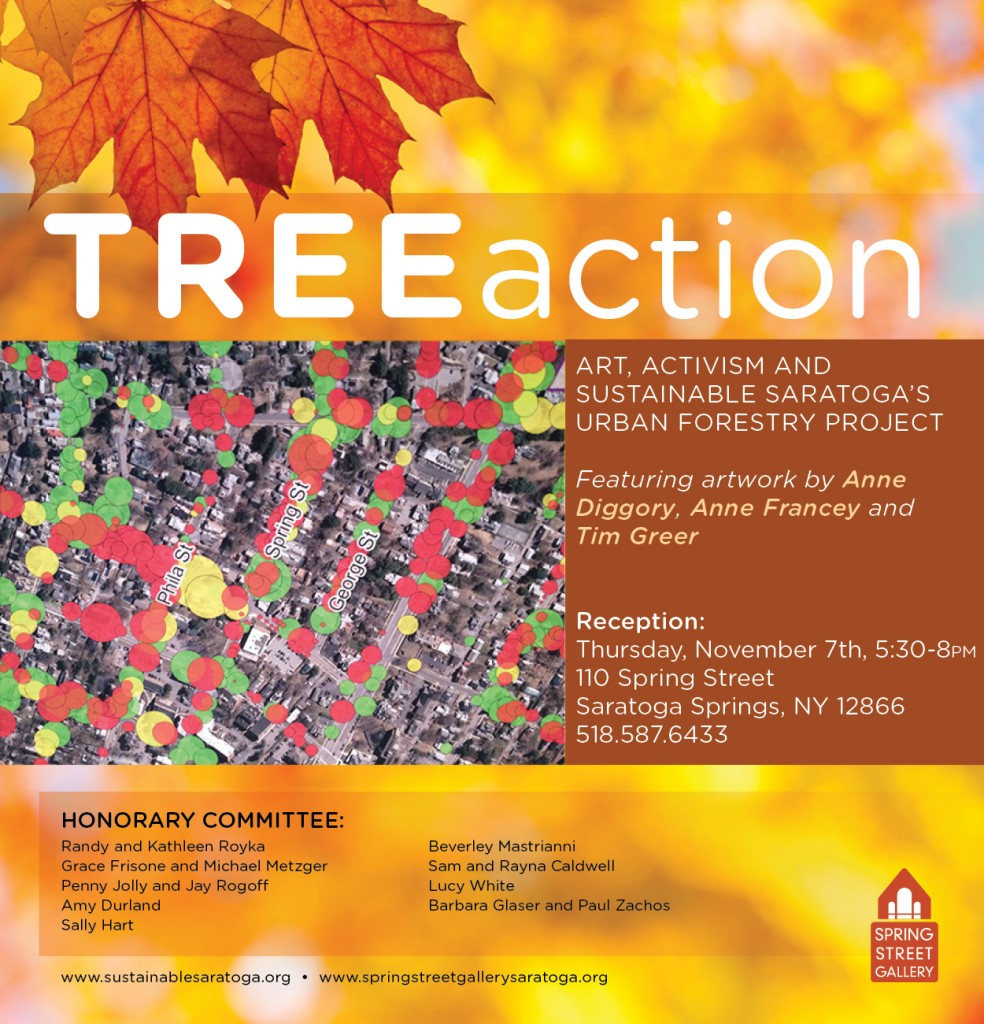 Join in the festivities as we unveil a transformation of Anne Diggory’s fall show,

What the Trees Say

TREEaction: Art, Activism and Saratoga’s Changing Treescape is a celebration of Saratoga’s trees and a meditation on the power of activism that our trees have inspired.  Sustainable Saratoga’s Urban Forestry Project provides the launching point for TREEaction.  Visuals and text track Sustainable Saratoga’s painstaking inventory of 5,600 city trees, which led the City to develop an ambitious Urban Forest Master Plan (adopted May 2013).  Without an informed and persistent citizen effort, would the City have been so forward looking?  But “planning is not planting,” as one Saratogian famously observed, underscoring the real goals of tree activism.  Using pictures and commentary, the exhibition offers provocative perspectives on our unfinished tree business.  In an era of intense development, how can we actually realize the City Council’s 2008 goal of “preserving and expanding” our urban forest?

With TREEaction, we celebrate the intersection of the activist spirit with artistic inspiration as we nurture both for the work ahead.