Middle-income housing in Saratoga Springs: The Saratoga Places for All (SPA) Housing Ordinance

Saratoga Places for All (SPA) Housing

Last August, Sustainable Saratoga made a formal request to the City Council to adopt a zoning amendment entitled the SPA (Saratoga Places for All) Housing Ordinance. For a sustainable future, we must have more diverse and affordable housing. This ordinance would add an important missing element in our community’s overall housing effort. 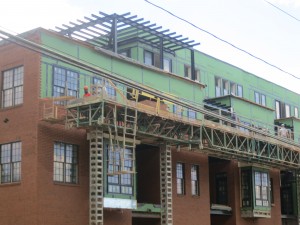 The Saratoga Places for All (SPA) Housing Ordinance would require developers of housing developments of 10 or more units to set aside up to 20% of the units as affordable in sale or rental to households of modest income. Developers are given up to a 20% density bonus, or right to build more units on the same site, to offset the cost of providing these affordable units. This ordinance takes advantage of market forces and development capacity to produce affordable units that are integrated into housing throughout the community. There are no State or Federal subsidies or actions in this program, but there are administrative costs to the City. 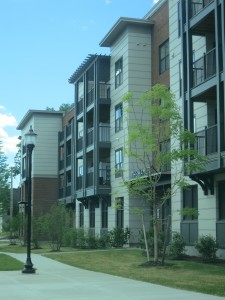 This proposed ordinance is very similar to the inclusionary zoning ordinance amendment proposed in 2006.

To learn more about this proposal (click to view):